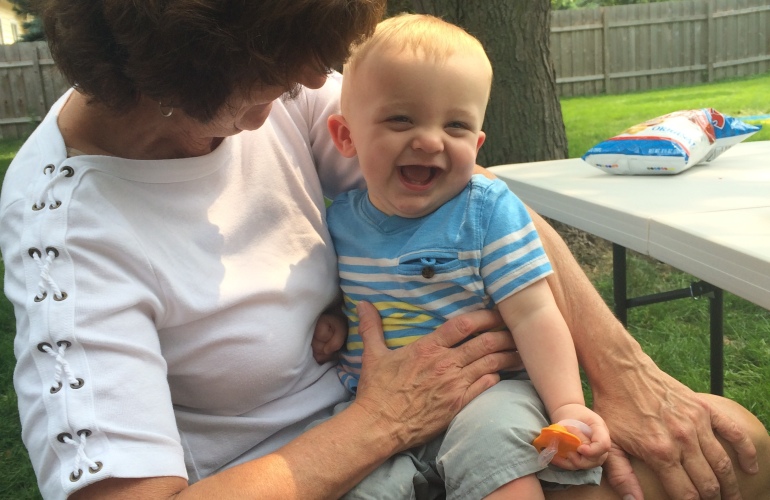 It’s been a week since my mother died.

In that time, my 5 year old has wanted to talk about her grandmother at least 10 times a day. She’s filled with questions like, “Where is her body now? What is cremated? Why will she be buried under ground? How does she get up to heaven? Will she see her mom and dad?”

My 3 year old is handling it differently. When he saw his grandmother sick, when it was time to say goodbye, he wouldn’t go near her. She terrified him with her eyes, usually so warm and full of life, then suddenly closed and unable to open and look at him. She would, however, whisper “I love you” because nothing could stop my mother from telling her family that she loves them, even if she couldn’t tell who she was talking to.

My 15 year old is handling it the hardest, as to be expected. Since feelings are considered uncool, she is constantly pushing down memories of her grandma so she doesn’t have to deal with them. I think the words “feel your feelings” are used a hundred times per day. We tell her that it’s okay to feel sad… you can cry and laugh in the same breath, thinking about everything we’ll miss about her AND how she couldn’t figure out how to ring the damn bell after her last round of chemo and none of us could stop laughing (including the amazing nurses that helped take care of her).

While I realize that there are far worse things that could happen (taking my mother to chemo appointments makes me feel very grateful for the healthy life I live- I saw many women with young kids going through treatment), I wouldn’t wish this on anyone. Two of my children might not remember my mother, the person who has most influenced me to be the wife, mother, friend and person I am today. She doesn’t get to impact them they way she impacted me.  And that feels really shitty… but it’s important that we feel these feelings because if we don’t come together as a family and acknowledge just how shitty it feels, we could fall apart. And we need each other now more than ever.